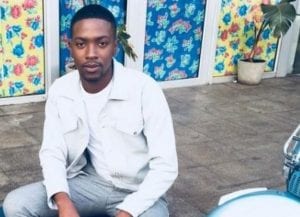 Meet The Real Life Njeza, Things You Need To Know About Him.

His full Name is Nkanyiso Makhanya, Born on 23 May 1993. he was born in KwaZulu Natal. He is best Known as “Njeza” from Uzalo TV Series. he is an Actor and Media Personality.

Nkanyiso Makhanya first emerged from the unknown as a child star before he continued building himself to the stage he has attained today. Since he joined the SABC 1’s daily soapie where he portrayed a very troubled young man, the actor has projected his character with no efforts, and so many have come to wonder if the character he plays is nothing but a mirror of who he is in real life.

The character of Nkanyiso Makhanya in Uzalo does not veer far off from his real life. While he might not be troublesome or a thug in real life, he has had a rather difficult upbringing like in the SABC1 TV soapie.

He was born and brought up in Kand, KwaZulu Natal, and has always had a desire to act and be in the showbiz. Since he was in grade 9, he started acting in school dramas. More than that, his mind has always been on helping his family. As a result of this, he started working since the age of 13 to assist his struggling family. He has not revealed anything significant about his father but pointed out his mother has always loved and supported him.

For his education, the Uzalo star went to the University of Zululand from where he obtained a degree in communications. He had his intern at 1KZN TV, which helped him to learn almost everything in production, including directing, voice-overs, camera work, and pre-production. Having worked behind the scene for a while before getting to jump on screen. He became the host of e.TV’s Craz-E until he later moved to acting.

As stated, Nkanyiso started his showbiz career as a TV presenter. When he was set to make the big transition, he decided to travel from Durban to Johannesburg to audition for a TV soapie, Uzalo, not knowing there was also an audition for the show in Durban. The then-aspiring actor journeyed at 6 am to Jo’burg but it was until 6 pm that he got to take part in what became his first audition for an acting role.

Makhanya was hopeful that he would get the role, but unfortunately, he was rejected. For a new actor who was taking part in his first audition, he took home a lot from the audition, which subsequently helped him in knowing how to be confident, wear on one’s character, and most importantly, to be patient as one would not get every job one auditions for.

Nkanyiso Makhanya continued taking part in more auditions until he took part in yet another audition for Stained Glass Production, the same company behind Uzalo. The audition was for a show they were working on, Delakufa. The actor was even more hopeful this time around, that he was going to get a call; he didn’t and that left him disappointed. Weeks later, a call came through his agent that the production company wanted his service, but it was for Uzalo- a new role is available in the soapie that had already gained great followership, and he would be the right fit for it.

His Character In Uzalo Made Him To Be Loved

The first attempt of the actor at joining Uzalo cast members was when the show first began in 2015. In 2018, he finally got the chance to portray Njeza Xulu as a recurring character before he was made one of the main characters. On the show, Njeza is a young man who found himself on the opposite side of the law after he murdered his father who was in the habit of assaulting his mother.

He spent time behind bars before he was released to the idea that he could become a better person and provide for his family. However, as an ex-convict, he realized that things might not be that easy for him, and remaining on the right and narrow path might not be possible for him. Nkanyiso Makhanya got to become one of the favorite characters of the soapie thanks to his great acting skills and how he can capture the character he is portraying.

The Sexuality Of Nkanyiso Makhanya Has Been Subject To Speculations

The actor has seen himself caught in the web of many rumors bordering on his love life and even sexuality. There have been rumors that he could as well be gay, because of his dress style and fashion sense, as well as his neatness. More so, a video once trended on social media, showing a man who looked very much like the actor twerking to a song.

The similarities between the actor and the man in the video could easily fool one into believing it to be the actor; many were fooled. However, the person on the said video was not even South African. The rumor about the sexual orientation of Nkanyiso Makhanya sustained for a long time, but he has never been linked to any man in the relationship sense in the past. Despite all the rumors, the actor has neither come out to affirm or even deny the claims.

On Uzalo, the troubled life of Njeza did not stop him from having his interesting share of relationships. He had a thing with Zekhethelo as portrayed by Nyalleng Thibedi, a brief fling with Nosipho Xulu, played by Nompilo Maphumulo, and then he fell for Hleziphi, Sibongiseni Shezi.

In real life, he has not divulged so much about his love life. However, the ever-busy rumor mills reveal that he has been dating Thando Duma for a good number of years now; over half a decade to be precise. Thando is the older sister of South African actress and multitalented woman, Ntando Duma. The two women are not only close, but they have been rumored in the past to be twins until they later confirmed they were not.

Thando Duma is not as famous as her sister, but she is also a celebrity in her rights. She is a DJ and vocalist who is more famous in the entertainment scene as DJ Lady Amar. She has DJed for some of the hottest clubs and parties in Johannesburg and has contributed to several great songs.

If the Uzalo actor and South African DJ are an item, they have done a great job at keeping it hidden from the public for this long as neither has confirmed nor denied the speculations. Perhaps, the only link between the two as a couple of over six years are some Instagram photos in which they celebrated each other. With that said, the two are yet to start a family.