ZAMUSIC DOWNLOAD » BIOGRAPHY » Zodwa Wabantu Biography – Age, House and How She Got into Dancing 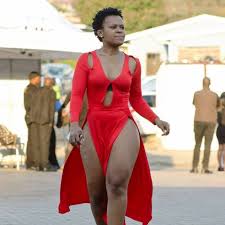 Zodwa Wabantu Biography – Age, House and How She Got into Dancing.

Zodwa Wabantu is a 34 year old South African who was born on 30th October, 1985 as Zodwa Rebecca Libram in Soweto, Gauteng, South Africa. She has become a media personality of a kind who owns a show called ‘Zodwa Wabantu: Uncensored’ and a dancer whose big name has been accompanied by controversies, yet there is no sign of her taking a break as the self-acclaimed ‘pantyless dancer’ continues to go big, entertain, and make a good income off of her unique skills.

She was birthed into a humble home and, unfortunately, by the time she was 11, she had already lost her mum. Since then, she continued to have many challenges in life as nothing became easy for her while growing up. Without a mother at such an early age, she learned to stand up for herself very early in life.

Her father, however, was not in the picture, but good enough for her, she had her grandmother, Maureen Ndaba, who would spend years looking after her until she decided to go out, work and make ends meet. More so, she has kept all info about having any siblings personal.

Zodwa failed to pass her 12th grade (matric) exam and has put only a little history out to the public.

When she was 16, the controversial dancer left home to start making a life for herself. She stayed with her friend for a while as she continued to hustle her way through. The first job she took was as a bar lady in The Rock, a club that has since shut down.

She continued to push herself until she became widely known for her talent. That however does not stop her from having a life outside of her media personality and dancing jobs.

Zodwa would live life every day as it offered itself to her while growing up. Hunger took its rage on her and made her fight to survive. This fight for survival led her to leave home at the age of 16 to start doing several odd jobs, including dancing. In the midst of these, she landed herself a job at a debt collection company but continued to entertain as a dancer in several clubs in Durban. Fame reached her after pictures and videos of her dance at the Eyadina lounge made waves on social media.

From dancing at clubs in Durban, she earned the ‘Vosho Queen’ title because of her popular Vosho dance move. She further had herself watched keenly by admirers, other clubs, and at many other events. She has earned the spot of the leading dance lady of the Eyadina lounge, found in uMlazi and Kwazulu-Natal. At the moment, she has been signed to DJ Tira record label, and is been managed by DJ Tira.

Equally important, Wabantu’s dance has been described differently by different people from sexy, not so appropriate for under-aged people, off-limits, and talented amidst other descriptions. While dancing, she enjoys wearing revealing clothes, dancing with just underwear, and in many cases, she dances without wearing underpants. It is, for this reason, she has claimed the name of ‘Pantyless dancer’ among others.

Aside from the above mentioned, she is further popular for the many other controversies surrounding her. Among them include saying she’ll have her husband adopt her name after marriage; proposing to her then 24-year-old boyfriend in 2019, showing off her private parts on social media, alleged preying on young men for the said flirty comments she makes to young stars on social media, getting married to herself, and for many other reasons.

In her career, she has been recognized and award was given to her for her drama in 2017 by the Feathers Awards. In fact, the award ceremony gave many a lot to talk about, especially regarding her dressing where she decided to show off her cloth with bear underneath. As memorable as it was for her, The Feathers Awards and Thami Dish Foundation ripped her off the award in 2019 for making what was viewed as “insensitive comments about the LGBTQI+ community” on DSTV Moja Love channel in an episode of Zodwa Wabantu: Uncensored.

Zodwa’s appearance fee in an event is R35,000 which is an equivalent of $2,371 and is said to be paid about a million rands for her TV show. Her net worth is R1.3 million.

Her Private and Love Life

The love life of Zodwa Wabantu has, like other aspects of her life, given fans so much to talk about. She is a mother of one and has on many occasions shared some things about her son who was born in 2006. According to the controversial dancer, she doesn’t know the father of her son.

However, she once had a three-year romantic affair with wealthy businessman Mandla Mthembu. Mandla was previously married to media personality Khanyi Mbau. Basically, the two women shared a man – not at different times but the same.

Zodwa is reportedly not certain about the father of her son, but he might be Mandla’s son. Her son Vuyo is of the same age as Mbau’s daughter. Because of this, the two women are of the opinion that the two kids might be siblings.

The socialite dated a man 10 years younger than her named Ntobeko Linda for more than five years. They got very close that at a point, they almost got married after she proposed to him with a gold ring worth R5, 217 for him, and an R47 000B ring for herself in 2019. However, they broke up a few weeks to the wedding because according to Zodwa, Linda had become too much for her. More so, she expected him to fight for her but he didn’t. According to him, she knew the truth about the breakup but did not want to say it.

The dancer is currently in a relationship with Vusi Buthelezi, who is still in his early 20s. she is more than 10 years older than him. The tall lanky Vusi is only a year younger than her ex-man, Linda. When she first saw her new beau, she walked up to him and proposed business, but with no time, it turned to love. Vusi is currently a student at Durban University of Technology as well as a graphics designer.

In 2019, she was injected with Lipodissolve to aid her body fat burn and make her look younger and fresh. In the same year, Zodwa had her breast lifted, and her private part tightened. A lot of parts of these procedures were shared by her on her Instagram page that has 1.2 million followers.