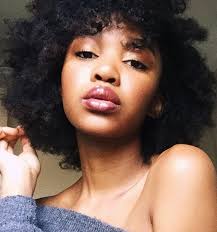 Khosi Ngema – Inside the Life Of Fikile Bhele The Blood And Water TV Actress.

Khosi Ngema gained fame for her portrayal of Fikile Bhele in what became only the second South African original series to hit Netflix, Blood & Water. Also a singer, songwriter, and social media star, she has now become a face recognized in different parts of the world thanks to her amazing skills that have made her one of the most loved characters on the Netflix South Africa original show.

she was born in Johannesburg, Gauteng, South Africa, on November 2, 2000.

It wouldn’t be out of place to speculate that the young actress has the art in her DNA as she was born to Mangaliso Ngema, a South African actor, on November 2, 2000, in Gauteng, South Africa. Her father is a veteran in the business who has been in the South African acting scene since the 1990s. He is famous for his roles in works such as Generations, Tshisa, Mrs. Mandela, and most recently, he appeared in the TV series, Lithapo as Senzo.

What is more interesting is that beyond acting, it seems as though arts, in general, is a thing of her family as her grandmother is the popular South African singer, Patience Africa. She is also a stage and film actress, as well as a songwriter. Khosi Ngema was also brought up in her country of birth, although there is no much information about her childhood.

It is known that she was raised by her father and mother, Makhene, alongside her sister Una, who is also an actress, comedian, social media star, and singer better known as Una Femmi. She also has two brothers, but it is not clear if there are other more siblings. There is, however, no information as regards her education, so it is not known what high school she attended or if she has any education higher than that.

Blood And Water Was Her First Professional Gig As An Actress

Khosi Ngema has been in love with acting for as long as she now finds hard to remember, but she did not get the chance to hit the screen professionally until Blood and Water came, and she nailed it good enough to have people doubt if it was really her first gig.

Nonetheless, her journey as an actress began when she was in high school. It was then that she translated her passion for acting into something tangible by appearing in school plays and dramas.

Although the amazing South African actress reveals that she now thinks she is a little different from the character of Bhele she portrays in the popular show, she feels she can relate to her character when she was much younger and the same age as her character.

She Still Has Only A Production To Her Resume.

Khosi Ngema is still not married, but she is still not available as the beautiful actress is currently in a relationship with JeanLuc Goodall. Her beau is also a South African, but he doesn’t seem to be in the creative world either as an actor, filmmaker, or musician.