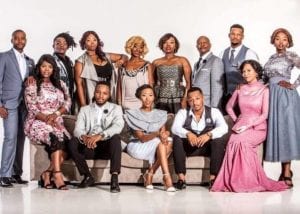 Names of Uzalo Actors and How Much the Cast Members Earn.

Most South Africans are known for their love for Uzalo, one of the country’s most-watched, entertaining, and interesting soap operas. Like most South African soapies, Uzalo extensively deals with everyday life, contemporary problems, domestic issues, and other intriguing storylines. The show also stands out for its exceptional scripting, excellent depiction of diverse cultures, as well as lots of other amazing things that makes a television soap opera great.

Besides Uzalo’s creative scenes and exciting episodes that naturally appeal to viewers, the show boasts a good number of actors who are not only interesting to watch but also have glamorous looks and personalities. A good number of them are among the highest-paid performers in the South African entertainment industry, while others are still growing their game to become established actors in the nearest future.

Another aspect that interest viewers as regards acting is how much actors get paid for their performance. As you already know, Uzalo actors do not receive the same amount of money for their different roles in the soapie, and it is for this reason that viewers are always interested in knowing how much their favorite actors make from the show.

Meet All Of Uzalo’s Actors and The Characters They Play 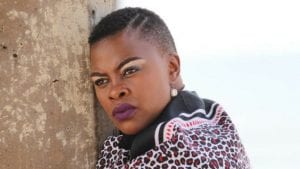 Real Name is Dawn Thandeka King, Character Portrayed is Lindiwe (MaNgcobo) Khanyile. Born on October 1, 1977 in  Eshowe, KwaZulu-Natal, South Africa. She is Currently in a relationship following a failed marriage to the father of her kids – Jabulani Msomi. She Studied Drama Studies at Technikon Natal (now known as Durban University of Technology). She Joined Uzalo in 2015.

In addition to acting, Dawn Thandeka King is also a motivational speaker and musician. She previously worked in the tourism industry before earning her big break in the entertainment industry. She launched her career in 2012 and has never slowed down since then. 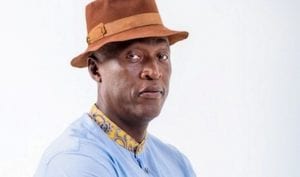 Real Name is Masoja Msiza, The Character he Portrayed is Nkunzebomvu (Nkunzi) Mhlongo. Born on October 5, 1964 in Kwa-Thema, Springs, South Africa. He is Married with three kids. He joined in Uzalo Season 3.

Although Masoja Msiza is best known as an actor, only a few people know that he was a former miner. His mining career came to an end after he was dismissed for getting involved in a strike. Being someone passionate about arts, he decided to go back to his first love – acting.

Msiza launched his career in 2012; he debuted in a play called “Mfowethu” and has since taken part in the production of several works in the South African entertainment industry. Interestingly, the actor is also a musician and poet. He portrayed Nkunzebomvu (Nkunzi) Mhlongo, the ex-husband of Innocentia and MaMlambo, and Lindiwe in Uzalo. He was nominated in 2018 and 2020 for Best Actor and Favourite Actor, respectively, at the DStv Mzansi Magic Viewer Choice Awards. 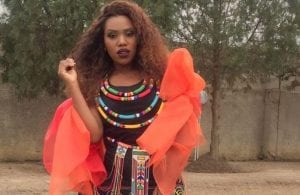 Her Real Name is Gugu Gumede. She Portrayed the Character of Hlengiwe Mlambo-Mhlongo. Born on December 10, 1991, in KwaZulu-Natal, South Africa. She Studied acting at the American Academy of Dramatic Arts in Los Angeles. joined in 2015.

Gugu Gumede launched her career in 2013 after her return from the United States of America. She debuted in the South African soap opera, Generations, as Mandisa in the same year. However, two years later, she later joined the cast of Uzalo. Gumede is perhaps best known for her roles in Uzalo, wherein she acted as Nkunzebomvu Mhlongo’s wife and MaNzuza and MaNcgobo’s friends. 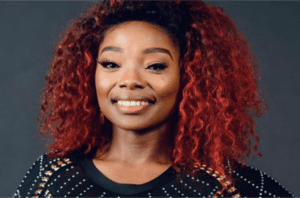 Real Name is Nompilo Maphumulo. She Portrayed the Character Nosipho Xulu. Born on May 3, 1982 in KwaMashu, South Africa. She is Married with kids. She Studied acting at the local arts center KwaMashu Community Advancement Projects. Joined 2015.

Maphumulo plays the role of Muzi and Mangcobo’s daughter Nosipho Xulu in Uzalo. Xulu is also the half-sister of Amandla and the sister of Ayanda whom she unknowingly had an affair with. Nompilo is not only an actress, but she is also a motivational speaker, voice-over artist, singer, and MC. 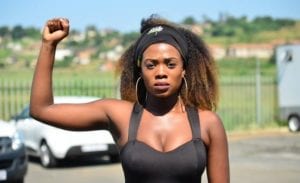 Her Real Name is Nompilo Maphumulo, Portrayed the Character Nosipho Xulu. Born on May 3, 1982 in KwaMashu, South Africa. She is Married with kids. She  Studied acting at the local arts center KwaMashu Community Advancement Projects. She joined 2015.

Maphumulo plays the role of Muzi and Mangcobo’s daughter Nosipho Xulu in Uzalo. Xulu is also the half-sister of Amandla and the sister of Ayanda whom she unknowingly had an affair with. Nompilo is not only an actress, but she is also a motivational speaker, voice-over artist, singer, and MC. Her Real Name is Nelisa Mchunu, She  Portrayed the character Fikile. Born on February 3, 1993, in KwaMashu, South Africa. She is currently Single. She Dropped out from the University of Witwatersrand as a Media Studies student. Joined in 2016.

Nelisa Mchunu worked in a PR company, and as a waitress before she eventually rose to prominence through her role in Uzalo. She played Fikile – the friend of GC, Thobile, and Smangele, in the soap opera. Besides being Smangele’s hairdresser, she was cast as the lover of an ex-convict called Sbu. 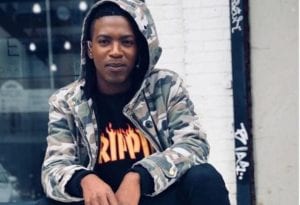 His Real Name is Nkanyiso Makhanya, Portrayed the role of Njeza Xulu. Born 1993 in KwaZulu-Natal, South Africa. he is single. He Studied Communication Sciences at the University of Zululand. He joined Uzalo in February 2019.

Nkanyiso Makhanya is a top-notch actor and television presenter. He portrays a very troubled young man who ended up killing his father for abusing his mother in Uzalo. He is the older brother of Nonka, as well as Zekhethelo’s ex-boyfriend. Nkanyiso previously worked at 1 KZN TV for three years as an intern after which he joined E.TV’s Craz-E. 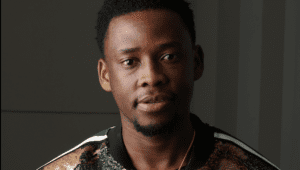 He Portrayed the role of Dr. Sbonelo (Babo) Mhlongo. Born 1990 in Durban, South Africa. He is currently single. He holds a diploma in Drama from Durban University of Technology. He joined in Season 5.

Wiseman Mncube debuted on television in the e.tv thriller The Kingdom – uKhakhayi and subsequently found his way to the top through his role in Mzansi Magic’s telenovela – eHostela. Besides acting, he is a director and playwright. In 2014, he walked home with 3 NAF (National Arts Festival) awards in Grahamstown while one of his plays won two awards in 2012 during the isiGcawu Festival.

Mncube was featured as doctor Sbonelo (Babo) Mhlongo, the only son of Gabisile and Nkunzebomvu, in Uzalo. He murdered a learner and secretly resigned as a medical practitioner after his evil act. Portrayed the character of Nonkanyiso Xulu. Born 1996 in Johannesburg, She is still Single. joined in 2018.

Thuthuka Mthembu is one of the South African’s fast-rising actresses to watch out for. She developed a great interest in acting at a young age. As a child, she featured as an extra, and in commercials as well. Her dream of becoming a celebrated actress came became a reality when she won the role of Nonkanyiso Xulu, a salon worker, and the wife of Siboneloin Uzalo. Real Name is Baby Cele Maloka, born March 22, 1972 in Umlazi, KwaZulu-Natal, South Africa. Portrayed the role of Gabisile Mdletshe-Khumalo. She is Married. She joined in 2018.

In addition to Uzalo, Baby Cele Maloka is best known for her appearance in the South African musical Sarafina! and Isidingo. The award-winning actress launched her career in 1986 and has never slowed down since then.

Maloka’s character in Uzalo, Gabisile Mdletshe-Khumalo, is the mother of Sbonelo, Qhabanga Khumalo’s wife, and a landlady. Gabisile is also the aunt of Mumsy, Nkosinathi, and Mxolisi. 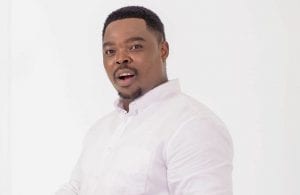 He Portrayed the role of Qhabanga Khumalo. He was born February 23, 1978 in Umlazi, KwaZulu-Natal, South Africa. He has a son. He attended  Technikon Natal (now Durban University of Technology). joined  2017.

Siyabonga Shibe boasts quite an impressive resume as an actor. He started acting in 2002 and has appeared in numerous South African productions, including but not limited to Ashes to Ashes (Kgosi), Kila (Scandal), Z’bondiwe (Bheka Shabangu), A Place Called Home (as Thami), Bay of Plenty (as Mandla Nyawose), and Doubt (as Captain Dube).

He played the fictional character Qhabanga Mhlongo, the younger half-brother of Nkunzi. Mhlongo was later ordained as a pastor in KwaMashu Kingdom Church. 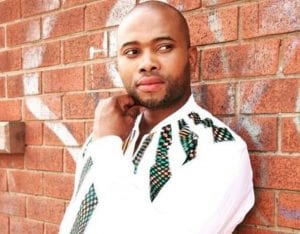 Thwala portrayed Mondli, the Head police captain who also happens to be Lilly and Nosipho’s former boyfriend. The South African actor has also appeared in Generations and Rockville. Before Uzalo, Thwala worked in Eastgate, as a packer for Checkers.

Names And Roles Of Other Uzalo Actors Include

Uzalo Actors And The Salaries They Receive For Their Roles

It is amazing how much actors in South Africa earn from contributing to the production of a show. To the best of our knowledge, some of the factors that determine actors’ salaries per show include the show ratings, performance on a personal level, and experience.

According to reports, established actors in South Africa receive a paycheck that ranges between R25,000 – R60,000 each month, while random individuals are paid between R250 and R500 per call. Supporting actors, on the other hand, receive between  R1,500 – R5,000 and sometimes up to R6000, depending on the hours they invest in filming.

Uzalo actors’ income depends on a lot of factors, including years of experience, role, and performance. The section below covers the salaries of Uzalo actors.

Interesting Facts To Know About Uzalo

The Soap Opera Began Airing In The Year 2015

Uzalo aired for the first time on SABC 1 on February 9, 2015, with a running time of approximately 20-25 minutes. The first series pulled an average of 5.4 South African viewers who were impressed with the show’s compelling narrative, top-notch direction, cast, and performance.

It is worthy to mention that over 800 episodes (as of February 2019) of Uzalo have aired over six seasons (as of February 2020). Initially, Uzalo aired on SABC 1 just three times a week, but it was extended to five days after it gained immense popularity in no distant time.

S’bonelo is unwilling to sacrifice his pride for the next bag 💰#UZALO 8.30pm on @Official_SABC1 pic.twitter.com/QGonhgINNX

The show reached an enviable landmark in the year 2018 by scoring a rating of more than 10.25 million viewers, thus becoming the first South African TV show to achieve such a remarkable feat.

Several Actors Have Won Accolades For Their Roles On The Show

While a majority of them won some awards, some of them were nominated for prestigious awards like the South African Film and Television Awards, DStv Mzansi Magic Viewers Choice Awards, and Simon “Mabunu” Sabela Awards.

Uzalo is one soap opera South Africans can proudly identify with anywhere, anytime, and the credit goes to the production crew behind the amazing show. Interestingly, everything about the soap opera – from its producers, cinematographers, writers, directors, creator – is being managed and facilitated by South Africans.

Uzalo is produced by Gugu Zuma-Ncube and Kobedi Pokane’s company, Stained Glass Productions. For the records, the soap opera is created by Duma Ndlovu, while Gontse Lekgetho and Mmamitse Thibedi are its executive producers.

Uzalo competes with the South African soap opera, Generations: The Legacy, for the highest viewed show. The latter was originally released on December 1, 2014, on the network SABC 1.

Being one of the most viewed soap operas in South Africa, it’s no surprise that Uzalo has earned the attention of a good number of television buffs. Uzalo won the Coolest Soapie at The Sunday Times (South Africa) Generation Next Awards in 2016 and 2018, as well as the Best TV Soap at the South African Film and Television Awards in 2019.