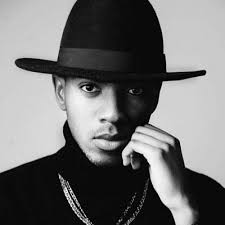 Demystifying Njeza From Uzalo’s Real Name And Why People Think He Is Gay.

Nkanyiso Makhanya is a South African media personality and actor who was brought to a brighter side of fame when he starred in one of the most-watched television shows in Mzansi, SABC1’s Uzalo. He played the popular and much-loved character of Njeza. His character, in what has become one the biggest South African soap operas, is that of a very troubled youth who first joined the show in the third season as a recurring cast member before becoming a main cast in the next season.

He just made it out of prison for killing his father, who was in the habit of abusing his mother. Having paid his dues to society by spending time behind bars for his crime, Njeza is back to make a better life for his younger siblings only to find things difficult because there is a stain of being an ex-convict to his name.

Being a good actor, Nkanyiso has often seen his character in Uzalo get mistaken with who he is. Beyond his person, his love life, sexuality, and every aspect of his personal life have all been brought to the fore, with many questions asked about Njeza.

Nkanyiso Makhanya was Born on 23 May 1993. He is 27 years old. Born in Kwazulu Natal, He is best known as “Njeza” from Uzalo TV Series. He is an Actor and Media Personality. 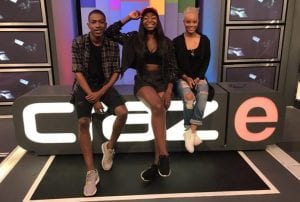 The actor might have gained his true fame in South Africa and even beyond for his portrayal of Njeza, a name that has come to follow him even beyond the screen, but his real name is Nkanyiso Makhanya.Nkanyiso is a Zulu word that may be used to refer to a source of light that could be used to describe the sun, moon, or even a star. Being used as a name, it could use to mean a source of light for a family or the one who brightens the path.

Apart from his name and the name of the character he portrayed on Uzalo, the actor is also called Nka by close friends and family members. The nickname is gotten as a short form of his real name, Nkanyiso.

The talented actor was born in Empangeni, KwaZulu Natal, but it was in Umlazi, in the same province, that he was raised. He grew up in a very neat family, in which no matter how cheap clothing was, there was the emphasis of it being clean. He grew up with the knack to become a performer, and so when he was in primary school, he developed an interest in acting.

Since that point, he enjoyed the unrelenting support of his mother, a woman that became his stronghold for many years to come. He featured in various school plays up until he got to grade 9. Makhanya did not have much growing up, so he started working at a tender age of 13 to support his family in his little way. That did not stop his education; he has a degree in communications sciences from the University of Zululand.

While he was still studying in 2011, he got an internship at 1KZN TV, and after that, he was hired to present a youth program. During his internship, he learned a lot behind the scenes in production, including camera work, voice-overs, and research, as well as directing and pre-production. He got to understand more about the entertainment industry even before he began his career as Craz-e presenter.

Makhanya’s journey to Uzalo did not start in 2018 when he landed the role of Njeza; it began since the first season of the show in 2015 when he auditioned for the first time. What is more interesting is that it was his first acting audition. Because he didn’t know there was an audition for the show in Durban, he took a bus to Johannesburg at 6 am, but did not get the chance to audition until around 6 pm. He did not land the role but got to learn a lot from the experience.

He kept trying to get different roles in different productions until he got a chance to play Njeza in 2018. Ironically, he did not audition for the show, but a different one titled Delakufa, produced by Stained glass productions, which is also behind Uzalo. It did not turn out favorable for him as he did not get the role, but something better happened; he received a call from his agent informing him that there was a new role in Uzalo, and the producers have given it to him.

The role he was given on Uzalo was that of a troubled orphan who had to work and take care of his family. Being on Uzalo seemed like a dream come true for Makhanya, who had always wanted and already knew he would be on TV one day. His career took a new dimension after he was featured in the show. The talented rising star is inspired by many South African actors and entertainers he admires.

Among people he looks up to are Robert Marawa, Thando Thabethe, Carol Tshabalala, and Kat Srinivasan. To enhance his artistry, he reads a lot of biographies and books of encouragement and self-belief. He once mentioned that DJ Zinhle and Nokubonga’s meeting your power’ has helped him realize his worth and also God-given talent and not letting people’s opinions about him change who he feels he is. Makhanya wishes to venture into directing and producing in the nearest future.

The love life and sexuality of the actor has raised so many questions since he got as much fame as he has through Uzalo. The rumor that seemed to hold much water is that he might as well be gay, even though in the SABC1 show, he acted as a straight guy who got into a relationship with two different women, Zweli and Mxolisi, at different times. The good looking and clean actor has been a subject of this speculation since 2018 chiefly because of his fashion sense, as well as the way he poses.

Njeza has a unique and often daring fashion sense, which has got many to classify him as gay. In addition to this, there was a video, in which the actor was allegedly twerking in a feminine fashion, which went viral and added more steam to the rumor. In the video, the individual first believed to be the actor was seen in shorts twerking to a song. Although many believed it was Nkanyiso, it emerged that it was someone else from Uganda who shares a striking resemblance with the South African actor.

Despite the strength of the speculation, the actor has neither confirmed nor denied the claims. However, while he has never been romantically linked to any male, the actor was, in 2019, rumored to be dating Thando, Duma Ntando’s older sister, although there is hardly any strong proof that they are an item. His alleged girlfriend, Thando, is regarded as one of South Africa’s best female DJs. She is an Afro lover, unlike her sister, who prefers being bald. The two sisters look so much alike that people suspect they are twins, but Ntando cleared the air in an interview in 2016. They are said to be the country’s biggest sibling duos in the entertainment industry.