DOWNLOAD AKA and Cassper Nyovest Beef, the Rivalry between the Top 2 Rappers – ZAMUSIC

ZAMUSIC DOWNLOAD » BIOGRAPHY » AKA and Cassper Nyovest Beef, the Rivalry between the Top 2 Rappers 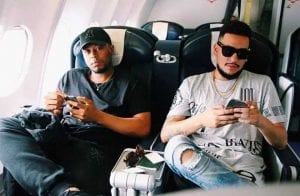 AKA and Cassper Nyovest Beef, the Rivalry between the Top 2 Rappers.

AKA and Cassper Nyovest are two of South Africa’s biggest rappers, but in the softest of tones, they do not like each other. The beef between rappers is probably as old as the genre of the music itself, tracing back to big names like Tupac and Biggie, NAS and Jay Z, and many others. So, it is not surprising to see that SA’s finest rappers are at loggerheads. What is surprising is that the two are not just stopping at their studio booths, but they also want to slug it out in the boxing ring, probably because musically, they feel they are tied.

The beef between the two rappers did not only stretch for a very long time, but it also got ugly at various times so much that their families were drawn into it, and there were allegations of physical assault. While it remains to see if there will be an end to the beef, the question now is, will there be a fight in the ring?

AKA Was the First to Taunt Cassper Nyovest to a Boxing Match.

Although there have been talks of a boxing fight between the two heavyweight rappers, it was AKA that first brought it to the fore in March 2020 when he challenged Cassper (Refiloe Maele Phoolo) to a fistfight. Since daring the rival rapper, there have continued to be talks by both men, their fans, and even boxing promoters on the viability of a fight.

Fans were certain that there would be a fight after Cassper confirmed that the ring would be the only place to settle their difference as they had already gone beyond any form of apologies. In a separate rant on Twitter, AKA encouraged his nemesis to sign a contract so that they could slug it out. The Fela In Versace rapper made another tweet of an image of himself in the gym slugging it all out on a punching bag with a caption that clearly showed he was referring to the Doc Shebeleza rapper.

With the two men all in for the fight, boxing promoter, Tshele Kometsi believes a match is all AKA and Cassper Nyovest need to settle their beef that has continued for a long time without an end in sight. Not trying to promote violence, Kometsi believes that once they finish fighting in the ring, they would go out as friends; it is something popular even with professional boxers.

Fans of both rappers had hoped that finally, the AKA and Cassper Nyovest beef would get settled not in a cypher, but in a boxing match in September 2020. This was after AKA revealed on his Twitter that everything was already set for the fight in March of the same year.

According to his tweet, the only thing that was preventing the fight from being officially in the books was Casspaer’s unwillingness to sign the papers. He touted that he was going to shatter Cass’s face before his family members if he would only stop talking on social media and sign the papers.

But then in September, AKA was back tweeting that there was no way that the fight could hold as there was no contract signed, neither was there any preparations, promotions, or anything of the sort. He stated that for now, there was no way they could fight again in 2020, so any talk of a fight would have to wait until 2021. Cassper agreed to this, stating that the date should be set and a contract signed so that they could both return to their music before finally coming for the fight.

If the wrestling gets to hold, the actual amount that both rappers might go with is not known but could stretch into the millions. Initially, AKA revealed that they could individually make anything between R5 million to R8 million if they signed a contract to fight.

The AKA and Cassper Nyovest Beef Has A Long History

The animosity between the two rappers did not start with the touting towards a boxing match, it started with a tweet in 2014 claiming that his song, Cassper Nyovest, was the biggest hip-hop song to be released in South Africa. The claim did not sleep well with AKA who tweeted back that it was, instead, his song, Congratulate, which was sitting at the top of South Africa’s iTunes charts, that was the biggest.

Rather than just claiming his own was the better one, he took a swipe at the Cass, referring to him as a rapper who was running around claiming to have the biggest rap song in the country. AKA also challenged anyone to find his rival’s song in the iTunes Top 100.

By the end of the year, the two rappers who were once close friends like 2pac and Biggie had turn foes. They continued making tweets and subtweets, taking shots at each other. By 2015, there was no sign that the beef was going to slow down as Cassper alleged that AKA had slapped him. This was soon followed by diss tracks.

Their beef came to a brief end in 2016, and to mark the end of the fight, they shared a hug in a Johannesburg nightclub, Taboo. According to Cassper, even before the hug, they had already sat and ironed out their differences and decided to put the past behind them. The two rappers would later hang out together after the BET Awards in LA.

The end of the fight was rather surprising to many as not many thought there was any way it was going to end. However, South African recording artist, Oskido revealed that he was the one who called AKA and Cassper Nyovest in 2015 to talk to them about the need for unity and its beauty. He believed they heard him and that was why they ended the beef.

Just when everyone was getting used to seeing the rappers as buddies, they fell apart again and their relationship became even more bitter. It started in 2017 after Cassper rejected AKA’s offer to perform at the latter’s #FillUpFNBStadium concert, which he was struggling to drum in support and sell tickets. To AKA’s offer to perform for  R1 million, Cassper told him to just buy a ticket. He would later reveal that he declined the offer because he knew their relationship was not genuine.

In 2018, things almost got physical between AKA and Cassper Nyovest at AKA’s ‘Touch My Blood’ after-party. It was around that time that Cassper made it clear he was never going to reconcile with his fellow rapper. What seems to push the beef to the extreme was another twitter rant by AKA, in which he attacked both Cassper and his entire family. He made a tweet that a message should be passed to the father of Cassper that for allowing his son to drop out of school, he is a deadbeat dad while his mother wasn’t any better since she allowed it. He also used the “F” word on the parents of Cassper while also using other slur and homophobic words.

Fast forward towards the end of 2019 when the breakup between AKA and his baby mama DJ Zinhle happened, the rumor was that one of the things that caused the breakup was that she partied with Cassper. However, she later revealed that she was the person that first got that narrative running.