ZAMUSIC DOWNLOAD » BIOGRAPHY » Who Is Caitlyn Jenner? Is She Gay or Lesbian After The Transitioning and What Is Her Net Worth? 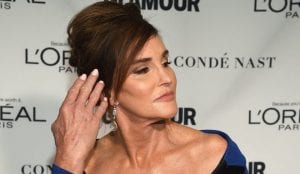 Who Is Caitlyn Jenner? Is She Gay or Lesbian After The Transitioning and What Is Her Net Worth?

Reality TV star Caitlyn Jenner who was previously known as Bruce Jenner completely poured her heart out in her tell-all autobiography The Secrets Of My Life.

She has two sisters, Lisa and Pam and a younger brother, Burt, who was killed in a car accident in 1976.

Jenner was a successful Olympian who unknown to people around, loathed her natural male body. She wished and prayed to be liberated from her former body which prompted her gender transition.

Her condition was so bad that she used to wear women’s lingerie underneath her suits before her gender transition. Jenner was in constant struggle with her true identity and this affected her when she travelled around the country giving the motivational speech, Finding the Champion Within, among others.

Apparently, he was preaching one thing and imagining another thing in his mind.

“They don’t know that underneath the business suit I am wearing panties and a bra. That I am not Bruce Jenner but a woman I will come to call Caitlyn, who still has to be Bruce except for stolen moments where I can be my authentic self. The speech that I give is called Finding the Champion Within. “They don’t know that when I look into the mirror I see something entirely different, a body I loathe a beard that is noticeable no matter how close the shave, a penis that is useless except for p*ing in the woods.”

Jenner finally came out as a trans woman during an interview with Diane Sawyer in April 2015 after many years of dealing with gender dysphoria. The following months saw Jenner beginning his transition process,

By January 2017, she has undergone cosmetic surgery and completed sex reassignment surgery.

She revealed in her autobiography that at the point, she decided it was time to come out, she made up her mind to tell her 10 children and stepchildren about her plans of transitioning to a woman. Knowing it would be tough, she started with Brandon, her son with ex-wife Linda Thompson because of his liberal outlook on life.

Brandon, 35 had Jenner in tears when he pledged his support for her gender transition.

Speaking to PEOPLE, Jenner said: “At the end, good old Brandon goes, ‘You know, Dad, I’ve always been really proud to be your son … and proud of everything you’ve done in your life. But I’ve never been more proud of you than I am right now.”

Is She Gay, Straight or Have a Boyfriend?

She puts it this way when asked In an interview with Diane Sawyer if Jenner was attracted to women, No, I’m not gay. I am as far as I know, heterosexual, I’ve never been with a guy, I’ve always been married, raising kids.”

Then you must be a Lesbian Sawyer asked and she gave an epic respond: “You’re going back to the sex thing, and it’s apples and oranges. Sexuality is who you are personally attracted to. But gender identity is who you are as a person and your soul and who you identify as inside.”

Cait made headlines in 2017 when she attended the Oscars with transgendered model Andreja Pejić, she, however, dispelled the rumor that they were a couple.

Again she was linked to being romantically involved with another transgendered woman, Sophia Hutchins according to sources available at the time, she went to Los Cabos, Mexico to meet with her, she again denied the claims. So, Caitlyn Jenner is currently not in a relationship.

Cait is said to be worth $100 million (£72m). She was said to have earned a little above $4 million from her reality TV series I Am Cait and charges over $100,000 per speech anytime she rallies for the LGBT community.

Although her book The Secrets of My Life, released in 2017, flopped, she was said to have received a $4 million (£2.8 million) advance for it.

The TV star is also the step-father of reality stars Kim, Kourtney and Khloe Kardashian.