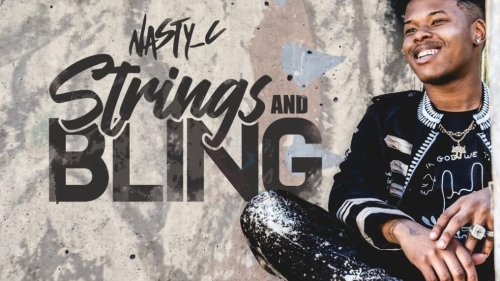 We are less than two weeks away from the arrival of Nasty C’s much anticipated Strings And Bling album.

The South African rapper has quite recently made the album accessible for pre-order on iTunes  on friday. The tape is a 17 tracks project with guest appearances from American rapper ASAP Ferg on “KING”, his regular collaborator – Rowlene on “SMA” and Kaien Cruz on Everything.

Check out The Full Tracklist below.