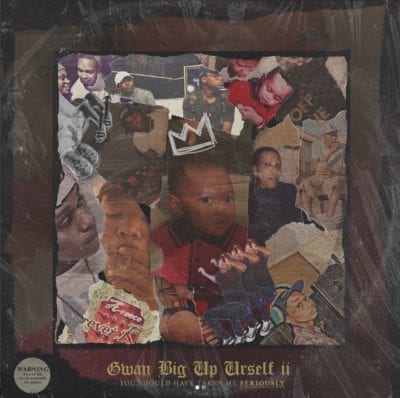 We Give Your The Lyrics To Areece‘s New EP Singles And This One Is Titled Couldn’t Have Said It Better, Pt. 2, And We Think Its Also Aimed At Tini.

Read The Lyrics Below,  And Download The Song Too.

[Verse 1]
I guess thats how it is with a strong spirit you live longer, one love to Nina
More than grateful and delighted every time I see her
Haven’t been returning texts I guess I’m on and off
But I know if I need you all I gotta do is call
I’m well aware that you love me, just know the feeling is mutual
And like a few others I know that advice from you is crucial
Last time I saw you was with Glen Lewis, said you willing to support the movement
Girl I know you’re down to do it
They didn’t need me back when I ain’t have it, now that I got it I’m the main attraction
Don’t even need to get my fashion up to gain some traction
Known purely for the music no other attachments
They’re doing poorly in the studio tryna look handsome
It really seems like it’s a lot of admin and I for one don’t think that I could manage
Around here its simple mathematics
The instrumental with my vocals added only equates to a classic, and there you have it
Every feature I body bagged it
They bustin shots I bent my body backwards, yeah
Young Neo in action, rappers are my favourite actors
Wanted me dead well it’s the life after
Name anyone who could revive faster
Rolling through burnet blowing smoke not sure if the traffic light on green or amber, I guess it doesn’t matter
On a mission to piece the city together now its kind of scattered
No half stepping trying to keep the balance
TWC and we forever lasting
Who you think is causing all this madness, mass hysteria any area do it with no plan and we some young mavericks
Move around like we carry the atlas
I been at at it ya’ll prepare for practice
How come they highly doubt I never had shit
It’s God’s gift if you still asking why I’m rapping
You niggas need to go explore your talents, sadly
In fourth grade I could only imagine what its like to be in the game
Now I’m in it but they want me gone cause that would make them more than happy

[Verse 2]
Yeah just a reminder nigga I’m far from finished
New kid on the block twice, the only one who did it
The most anticipated not to mention the most consistent whether you believe it or not – it’s like you watching Ripley’s
They look at me do a double take like I’m Eddie Griffin
I’m way too special, I’m way ahead and they still don’t get it
Whether they in or they out the game it don’t make a difference
Travel with 50 grams on me like prison non-existent, yeah
Couldn’t have said it better, circle got smaller from making all of those cubic measures
If anything man I’ll fall in pussy not under pressure
You seeking closure they treat this shit as an open letter
Switching up on me get taken off and make you regret it still progressing
It was written I hope you get the message
97 and I rep it forever
T-dub-C we the government, these the new elections