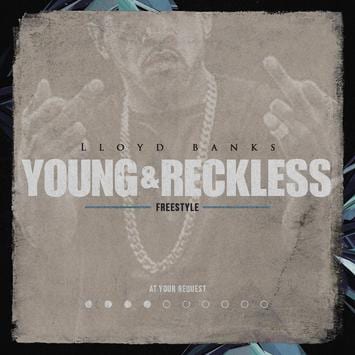 Lloyd Banks is one of the most underrated of all time. While he doesn’t drop music as much as everybody would like, for the past two weeks he’s been giving fans what they’ve wanted for his “At Your Request” series. Today, Lloyd Banks comes through his first offering of the new year on “Young and Reckless.”

Lloyd Banks hops on some Araabmuzik production for his latest freestyle. The rapper’s been tackling other people’s beats for the series including Jadakiss and Fab’s “Soul Food” and Pusha T’s “Untouchable.” This time, he goes deep into araabmuzik’s catalog for “Soul” off his For Professional Use Only 2 instrumental tape. As to be expected, Lloyd Banks delivers nothing but bars for a little less than 3 minutes.

Including “Young & Reckless,” Lloyd Banks is four for four right now. The “At Your Request” series has six more offerings to go. Hopefully with this, it’s a sign he has a new project on the way.