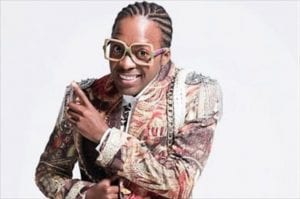 Mzansi local rapper and TV Presenter IFani now has another show called ‘Amah Knows Best SA’ which he chooses to shares to fans today on twitter and including a few encounters he got while in China.

Today the entertainer makes a big appearance which sees him exploring the urban areas of China as he likewise shared a few things he learnt over yonder which essentially addresses the numerous inquiries from fans about his absolutely non appearance from the music scene. The good thing is that he’s back in to music but this time not just a rapper but will combine rapping and other other genre.

The news about his trip was circulated a month ago where he shared a few bits of knowledge about his new show and included that he will leave the nation in order to perfect his new carrier. Furthermore, as referenced over, the name of the show is Amah Knows Best set to formally air for the third time this week. The show will make a big appearance on SABC 3 and will see the rapper exploring China and the interests of Asian individuals.