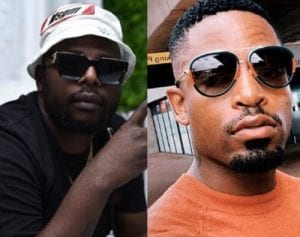 DJ Maphorisa reignites the meat with him and Prince Kaybee as he celebrates Kaybee for accepting defeat.

Prince Kaybee recently released his Project Hope which he shows the industry how supportive he are often when it involves making music.

Speaking of the category of music Prince Kaybee, he has always been more consistent in making Afro House music but surprisingly he releases his latest project with a mixture of Amapiano.

DJ Maphorisa seeing this acknowledges Prince Kaybee has accepted a defeat already by following the adage “If you can’t win them, join them”.

So Princess is doing Amapiano 😂😂😂😂😂😂 if u cnt beat them u might as well join them pic.twitter.com/VDz6wgvPJQ

Just as we all know Prince Kaybee, his fans are currently to urge a reply from him and doubtless start a fight but fans guess Kaybee remains enjoying the great work he just released to the industry.