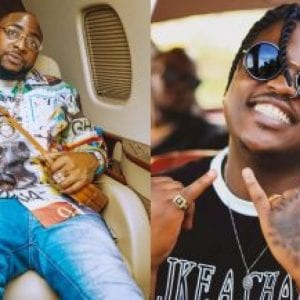 Davido who has collaborated with the music producer on the remix of Focalistic’s “Ke Star” would be gracing the brithday show alongside other music artistes in Mzansi including Khuli Chana, Kabza De Small, Stino Le Thwenny, 25k, Venom, Mr Jazzi Q, Njelic, De Mthuda etc.

Focalistic would be turning 25 and this birthday is a real big deal to him as he’s already been preparing for this show for a while now. He took his time to post this on his page, telling fans about it.

He also showed the venue for the birthday show. Davido reposted the party and we’re sure he’d be available for the birthday. We’re so happy for Focalistic. Happy Birthday in advance to him.