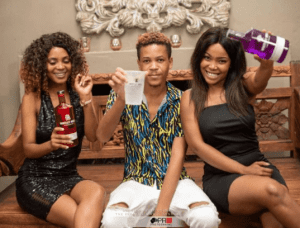 Calvin Fallo Returns From Break, To Focus On Music Production

The Amapiano music story will not be complete without acknowledging the great input the man, Calvin Fallo made. Before the Amapiano sound became popular, Calvin Fallo was one of the champions of the movement.

Late last year, the producer decides to take a break in other to refresh himself. As the year wounds up, Calvin Fallo announces that he is back to business with a promise of an upcoming project on its way.

In his very words;

After taking a break from the world of entertainment both as an Artist and DJ, I decided to focus more on being a producer. I had halted performing nor taking bookings but guess what, Im working again and I’m about to drop some fresh projects and new music. I’ve decided to involve you as the people who have been supporting me all along to create this upcoming project. Your first task will be coming up with the title of the project.