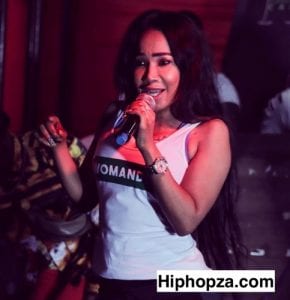 News just reaching hiphopza is that Kwaito Queen Mshoza wamaboza is Dead. It is a great loss to entire South Africa and the continent at large As friends and families of the deceased are mourning the passing of their loved and cherished Mshoza wamaboza.

This departure was confirmed through social media posts made by Twitter users who pour out tributes, and condolences to the family of the deceased.

More details have not been released about this death, and the actual death age and date are yet to confirmed by us. We are still working on getting more details about the death, as a family statement on the death is yet to be released.