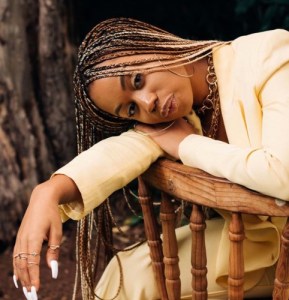 Charmaine Shamiso Mpambiro, who is widely known as Sha Sha is Flying the Zimbabwean flag high as she has made history by becoming the first Zimbabwean artist to get nominated in the prestigious BET Awards. The songstress who is based in South Africa, has been making her mark in the music industry since she rose to fame.

Signed to Dj Maphorisa’s Record label and has been cementing her spot as a top amapiano vocalist with numerous collaborations with Kabza De Small and Phori. She has become a force to be reckoned with.

She took to twitter to express how grateful she is for this nomination, Saying “I’m out of words, did not see this coming at all. Honestly, I’m just grateful, thankful, excited, numb just a whole lot of emotions,  the mere fact that I’m nominated, man! This is amazing! I need you all more than ever to bring this home.”

Congratulations Sha Sha On Your nomination.