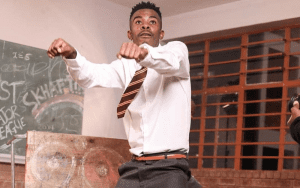 Amapiano music being a fragment of hypnotic South African sound has been able to beguile fans in ways un-explainable to others.

South African music is known to have a unique line of electronic Genres with strong melodies seize cultural identities of its Locals giving themselves to create, add to prompt pop cultural shift that has been able to find its way globally.

Originating from the Apt sound of Barcardi house music, originally formed from Shangaan electro music, with sub-genres like gqom,isigubhu,sijokojoko, Amapiano convey the true reason behind township groove, culture creating contexts resonating through typifying Kwaito, disco, house and myriad retro pop culture references. Notwithstanding the symbolical influence presented at a period of time, the beats activate instinctive reaction to the call of low drum baselines that have varying degrees of riffs and distortions. They are habitually created using Fruity Loops studio editing suite; the fruity loops supports pitch shifting, beat slicing, time stretching and chopping which is more reason it’s always in use – with an updated version, producers can now record up to 64 sound tracks at a go.
Amapiano is signalized by synth leads, ranging baselines, airy pads and of course lush keys. Among others are intricate hybrid of jazz, deep house and lounge music. The appealing part of music is when is able to resonate to its audience imagination with a Nostalgic feeling, when it evokes an instinctive response to the subconscious its even more beautiful.

“As a listener, growing up in Garankuwa, Amapiano really influenced me, making it a genre easy for me to locate. Ranging from Focalistic saying ‘Ase trappe tse ke pina tsa ko kasi’ to just the straight instrumentals from producers like Vigro Deep, I react to Amapiano in such a different way without knowing it is Amapiano originally.

Ngasiirwe Katushabe a musician and also famous Youtuber unravel the force behind South African music on his YouTube channel and currently is writing on the impact of gqom, quoting him

“I think Amapiano is doing well because it has many influences, it punctuate with part of culture we all identify-either kwaito or traditional drums”.

We can go on and on about its origin, some citied its from Pretoria early 2012, some others Soweto, Alexander and the East Rand pride themselves in their own variations of the genre that came about around the same time.

Kabza De Small’s artist manager David Ngoma in a documentary chronicling the music, lifestyle and culture of amapiano explains that in its nature it has always been a sound that comes from township and goes everywhere else.

“The genealogy is quite multifaceted, from bacardi in Pretorian townships like Soshanguve, Atteridgeville, Mabopane and even Garankuwa. But amapiano in 2020 has sonically evolved per various kasis [townships] in Gauteng reviving and reinventing its genesis. It wouldn’t be fair for a specific geography to authoritatively claim it,” adds Maledu.

Pretoria is more upbeat than its more melodic counterpart from Johannesburg. all the other components are relatively similar, including how vocals originate from popular isms from each township, like how DBN Gogo’s hit that features producer and vocalist Jobe London is titled Mayonice, a township slang word that refers to money.

“The call and response style of performance is an instance where an artist delivers a complete thrilling performance, with an intention to get its Audience feedback making it relevant to South African music. I think that plays a role in how we create music that reverberate with a wide audience,” said Katushabe.

And even that’s a multiplex experience in the context of the South African dance music scene where fans are split into dancer and chanter and both play a crucial role in whether a track becomes a monumental part of a cultural moment or not. 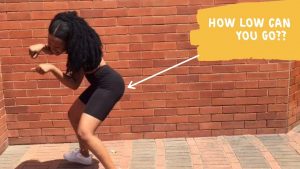 In same documentary SHAYA! MC Mark Khoza said “dancing and using a bottle or glass as a prop, as well as the popular pouncing cat dance move, were first seen being done by the late hit maker Papers 707. The chant “dance like Paper” then became popular after footage of him went viral on WhatsApp, and they capitalized on that traction by adding vocals with the chorus on a track and that defined how amapiano dancing videos would be shared as social media content at the beginning of the genre’s mainstream takeover.

All of these were indicated by the pouncing cat, which is the easier one of the two to flair: it’s a sharp and calculated walk with a sway from side to side where the dancer steps on beat and alternates their pace to match the riffs and loops on the track. The aim is to mimic a cat deliberating a leap during the slower parts of the track and then to embody the chaos of when it does jump, at the points when the song peaks. The artistry in these moves is apparent when there is clear embodiment of the inspiration but you see the dancer’s flair in their range in motion and preciseness.

Amapiano has tipped the traditional trajectory of popular culture making artist rely more on media, this parts makes it even more interesting; “amapiano is one of the only genres in South Africa where guys are getting booked for gigs just off Datafile host mixes and social media,” said Da Kruk, a YFM DJ and producer on SHAYA!. If anything, channels, brands and other media have to engage amapiano producers, vocalists, MCs and DJs in order to keep up with the zeitgeist. 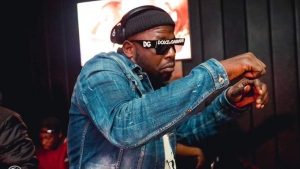 Amapiano was said to be called iNUMBA originally, a sound with more of a deep house feel, made popular by producers like MFR Souls, Kabza De Small and JazziDisciples. When that deep house sound infused with piano keys gained momentum, MFR Souls changed its name to the genre as we know it.

Amapiano has a collaborative nature, a music enjoyed when done in group; this has opened the music industry to more talents shaping the genre in a fascinating way.

DJ and producer DBN Gogo Trend the viral dance moves where the movement progresses from using the glass or bottle as a prop in your hand to balancing it in your mouth. Even though her DJ sets are among those that set the standard, she tells Zamusic that she still doesn’t quite know how to decide if a track is hot or not beforehand.

DBN Gogo says, “I play songs that I like. Even if it’s a song that is said to be a hit, I won’t know how to mix it unless I feel it,” Beyond her personal musical skill, she has an emotional connection to sounds making it magic.

Adding, “I’ve had promoters ask me to start with bangers and I’ve had to explain that I like to touch on every mood when I play. And with the way I build my sets up, I can see how some party-goers gradually warm up to the idea of dancing. From nodding their head to reluctantly standing up when I introduce more upbeat tunes to fully occupying the dance floor when the recognizable hits with chants come on,” 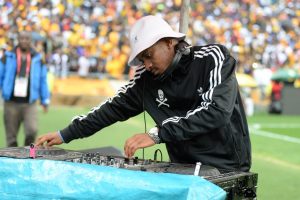 Amapiano has been able to make its wave itself without an extra push nationally, having social media platform like TikTok are making it easy for dance challenges go viral across the globe maintaining its true origin.

“Every musical genre South Africans have invented has always been accompanied by effortless dance cultures that increase the viral appeal of the music. And mostly it’s just folks playing around, following the groove – the embodiment. And people are not going to dance studios to rehearse a synchronized ‘’I’m-A-Savage routine’’, it’s off the cuff, and I think that’s our cutting edge because it’s just like movement just comes naturally for South Africans. Especially considering our historical cultures and their relationship with music, dance, spirituality and transcendence,”